Chase Carmen Sandiego™ around the world on an all new board game—exclusively at Walmart! 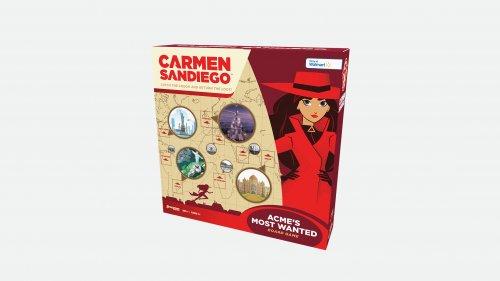 Based on the new animated series from Netflix® , race around the world to deduce the Loot stolen, the Location it was stolen from, and the VILE. Henchman who did it! Features incredible artwork from the show. Learn about Locations and Loot while you save the day!